Since the beginning of times, humans have shown intolerance towards any other who doesn’t share their points of viewing things resulting in the execution of actions that attempts towards entire civilizations due to their customs or traditions. 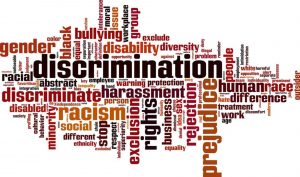 Hate crimes attempt the community cohesion and social stability in every country of the world.

Therefore, immediate actions against hate crimes and discrimination are needed in response as it will benefit the individuals and the communities’ security.

One of the main gaps in legislation all over the world faces nowadays is that hate crimes are particularly distinguished from other crimes by the criminals’ lack of motive, hence, these types of crimes are rarely deeply investigated. Therefore, it is really important to integrate with every country’s criminal legislation the concepts “Hate Crimes” and “Discrimination” and “Bias”.

An approach to hate crimes

Hate crimes are any criminal acts committed with a bias motive. These criminal acts are always targeted against a person or its property causing damage, loss or prejudices.

The most common hate crimes are committed to an individual a group of persons or a person’s property towards its disabilities, sexual preferences, religion or ethnicity. In other words, these crimes show an act of discrimination towards the aforementioned vulnerable groups or individuals.

The bias motive is what makes hate crimes different from other kinds of crimes. When we think about hate crimes, we may think they are only committed when a particular act or offense towards the victims is made, however, hate crimes also include any act of intimidation, threating, property damage, assault, and even murder.

Hate crimes always attempt to the individuals’ equality and fundamental rights which in most countries are regulated under criminal legislation and within international agreements.

Elements of a Hate crime

Hate crimes have particular elements that differ from other types of crimes: a criminal offense and a bias motive.

The first element constitutes an offense under any ordinary criminal legislation. Hate crimes, as all types of crimes, always require a criminal offense to exist, therefore is no criminal offense has been committed, the crime itself does not exist at all.

The second element of a hate crime, once a criminal offense has occurred, constitutes an action with a particular motive.
As I described at my law essay, many crimes are motivated by hate but are not duly categorized as same, the real motive is often hidden under the action itself.

For instance, when a criminal commits murder, the criminal process will focus on the murder crime itself without investigating the real motivation for such crime.

The word bias means a tendency to prefer one person before another, hence, this word itself is the motivation of hate crimes and discrimination. In other words, bias refers to the actual intention of the criminal when choosing its target.

As we have explained before, in order to categorize a crime as a hate crime, laws shall explicitly integrate bias motives.
The United Nations Commission on Human Rights vigorously motivates participant states to introduce, within their criminal legislation the differential element for hate and discrimination crimes since they attempt to the very first of human principles which are equality.

Hate crimes have sufficient potential to segregate societies and to generate violence and retaliation.

A global effort shall be made in order to recognize the hazards of hate crimes and discrimination, not only in each individual who becomes a victim of these crimes but to human evolution and balance as well.